Do you know why the Daintree Rainforest is so special?

The team at the Discovery Centre are ‘conservation custodians’ of this very special World Heritage icon. 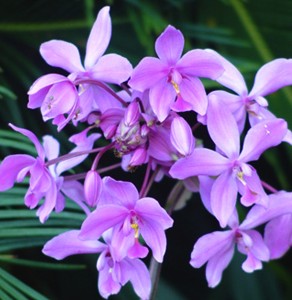 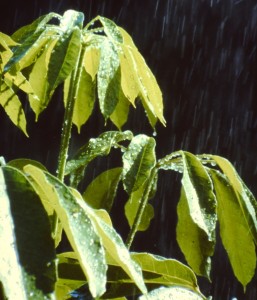 Located in the heart of the ‘Wet Tropics’ of North Qld, the climate is warm all year round. From December to March it is also very wet – some years the Daintree has been known to receive more than 6 metres of rain during the summer wet season. As a result the flora: plants, trees, bushes, ferns, vines, creepers etc is very lush and often referred to as ‘jungle’.

The vegetation of the area is the most diverse in Australia both floristically and structurally. There have been 13 different rainforest types identified.

The less we disturb the plant and animal life the better!

So don’t take short cuts through the forest as man-made walking trails cause erosion and die-back. Use elevated boardwalks where ever possible. Don’t pick the flowers, don’t take cuttings and leave the rainforest seeds where they lay. The basic rule is to leave the forest as you find it.

As one of the oldest continually surviving rainforests in the world, it is hard not to be impressed by its plant life. This tropical rainforest ecosystem is one of the most complex on earth and holds the most diverse plant life in Australia. Its plant diversity and structural complexity is unrivalled on the Australian continent and represents the origins of many of Australia’s most familiar flora.

This epic rainforest contains a large variety of plants inherited from the ancient stock of Gondwana and some of the ancient plant life in this rainforest are also known as ‘Green Dinosaurs’ because of how old they are. With large fruiting trees, beautiful flowering orchids and over forty species of ferns, there is so much to learn about the wonderful flora located in the Daintree Rainforest.

The most famous plant life found in the Daintree Rainforest that is well worth the mention is the idiot fruit. The Ribbonwood, commonly known as Idiot Fruit, is one of the rarest and most primitive of the flowering plants in the world, dating back to over 110 million years old!  Its discovery in 1970 was arguably Australia’s most significant botanical find, greatly increasing awareness of just how ancient these forests really are.

These huge trees hold large brown fruits and the seed is highly poisonous, making this one of the few fruits that no rainforest bird or animal can tolerate. The tree’s only seed dispersal method is gravity. Therefore, distribution is limited. As a result, this plant occurs in very localised pockets of lowland tropical rainforest and around water catchment areas.

Epiphytes are fascinating Daintree Rainforest plants that survive without roots in the ground. They also have the ability to trap nutrients and store their own water. Epiphytes are often supported by host plants. They can even grow so large they can no longer support their own weight, causing them to crash down to the forest floor. They come in various forms including Drynaria Rigidula, Bird’s Nest Fern, Basket Fern and Northern Elkhorn Fern.

One of the most important epiphytes in this rainforest is the mighty Basket Fern. Ferns such as these can create their own ecosystems with many life forms using them as a home. Some frogs will even spend much of their life in the canopy, never reaching the ground.

The King Fern is one of the largest and most ancient ferns in the world. These enormous ferns need constant moisture to help support their huge fronds, which can measure up to 5m on a fully mature specimen. Unfortunately, the King Fern is now only found in a few places in Australia due to a gradual drying of the continent.

The most striking and noticeable features the North East Queensland species of Satinash holds are the large, red, pear-shaped fruits it bears. The fruits appear between October and November after a bloom of white flowers in May. The flesh of the fruits is also eaten at night by Musky Rat-kangaroos.

There are dozens of Ginger species found in North East Queensland and they are endemic to the region. These Daintree Rainforest plants are prized as ornamental plants and can be used in flower arrangements. Species such as the Native or Common Ginger (Alpinia caerulea) and the Snow Ginger (Alpinia arctiflora) also bear fruits that are favoured by the Cassowary.

These spectacular palms are endemic to the lowland rainforests of Far North Queensland. They are slow growing and have strict requirements; a warm, shady position, with plenty of moisture. Swampy areas often become dominated by Fan Palm Gallery Forests, which shade out other light-loving species.

The Scrub Breadfruit (Pandanus monticola), was a useful plant to local Aboriginal people. The fruit was eaten and the long leaves woven into baskets and used for shelters. Accessing the small kernels within the colourful fruit took significant time and effort but produced a nutritious damper.

The Beach Pandanus (Pandanus tectorius) is more commonly seen along coastlines, waterways and in swampy areas. It can grow quite tall at up to 10 – 15 metres. This distinctive tree bears tufted crowns of sword-like leaves at the ends of slender branches and has prop-roots that make it look like it’s growing on stilts. The fruit of the Beach Pandanus is rich orange when ripe and can grow as large as a human head. The flesh of the fruit is not particularly nutritious, but the seeds are rich in oil.

The Trees of the Daintree Rainforest

There are approximately 920 different types of trees in the Wet Tropics and in 1 hectare alone you can reasonably expect to find between 120 to 150 different types of tree. This incredible diversity is one of the things that make this area so special and sets it apart from other rainforest areas. We have listed only a small number of tree species below that you will see at the Daintree Rainforest. To see and learn about the full range of species you will find, we encourage you to visit this magical rainforest for yourself!

A complex branching structure develops on mature trees, as they reach the top of the canopy. The Native Nutmeg is a common tree in the Daintree Rainforest that maximises surface area which helps to absorb the most amount of sunlight and potentially block out any other competing trees.

Gaps in the Canopy

The rainforest is always changing. In the Daintree Rainforest, large trees came crashing down during Cyclone Yasi (2011) and flattened everything in their path; trees, palms, vines and ferns. The gaps created allowed more sunlight to reach the forest floor and encouraged a profusion of new growth. The top of this tree came down during Cyclone Ita (2014). It is now decaying on the rainforest floor.

Tree Hollows are extremely important in this rainforest. They are used by up to 300 native creatures for shelter and for finding food. These include Lace Monitors, Snakes, Possums, Double-eyed Fig Parrots, Spotted-tailed Quolls, White-tailed Rats, Lesser Sooty Owls, Boyd’s Forest Dragons, Tree Frogs and a huge number of small local Bats!

One of the interesting features of the rainforest canopy is the variety of leaf forms that can be identified. Different leaf shapes help Daintree Rainforest plants improve their rate of photosynthesis at each level of the canopy. Generally, the shaded leaves are much larger and have more surface area than those exposed to full sun.

In the Daintree Rainforest, some trees tower above the ‘standard’ height of the canopy. These giants are referred to as ‘Emergents’. The benefits of rising above the surrounding canopy are fairly obvious. Not only does the emerging giant gain maximum exposure to the sun but it is easily spotted by potential pollinators.

This is a tree to be avoided at all costs. The large oval or heart-shaped leaves may look harmless but they are covered with thick microscopic hairs made of mineral silica – the chief constituent of glass. If you brush against these hair-like tips, they penetrate the skin, break off and release a poison irritant. The sting’s effect is severe and lasts for months.

This tree is a popular hunting ground for nocturnal Northern Leaf-tailed Geckos (Saltuarius cornutus) as they camouflage well with its distinctive flaky bark. Large black and orange Shield Bugs can often be seen amongst the foliage.

This tree bears brown fruit on its trunk from June – Oct. This phenomenon, known as cauliflory, facilitates pollination by possums and bats who scale the tree’s trunk in search of food. It also allows the plant to avoid competition from other canopy flowering plants. Cauliflory literally translates from Latin as ‘Trunk Flower’.

The Red Tulip Oak is ornamental in appearance and looks similar to the Silky Oak. When cut at a particular angle it has an attractive ‘water wave’ pattern. It splits freely and was originally used for house battens and roof shingles. Wood borers readily attacked the timber once it had been felled and it was often immersed in a solution of Boric acid.

Leave your pets at home; take any rubbish out with you; don't feed the wildlife and don't pollute the water. Enjoy yourself and leave nothing but footsteps and take nothing but photographs! Wet Tropics Management Authority