Bottled by Cairns Natural Spring Water, Jurassic Water is sourced from ancient rainforest aquifers in the Mulgrave area of Cairns in the Wet Tropics region of Northern Australian. Just south of Cairns, the Mulgrave Aquifer underlies all of the alluvial plain from the southern side of Trinity Inlet, under and east of Edmonton, under Greenhill and Gordonvale and under the full length of the Mulgrave River Valley from Little Mulgrave to Russell Heads.

The aquifer sections under the present Mulgrave River are the result of thousands of years of sedimentary deposits, which loosely hold the underground water, accumulating from river movements and floods across the valley over that time. The deposits north of about Greenhill (north of Gordonvale) occurred in the many millennia before that when the Mulgrave River apparently ran North into Trinity Inlet instead of south to Mutcheroo Inlet as it does now.

Aquifers are underground layers of permeable rock or uncompressed sands and gravels that contain enough mobile water that they can be tapped into by wells and bores and the water removed from the spaces between the rock or gravel particles. Some aquifers, like the great Artesian Basin of Western Queensland are naturally pressurised with water flowing up to the surface unassisted once a bore is sunk. The quality of underground water varies greatly, depending on the type of the surrounding rock and soil and on the land-uses within that water catchment 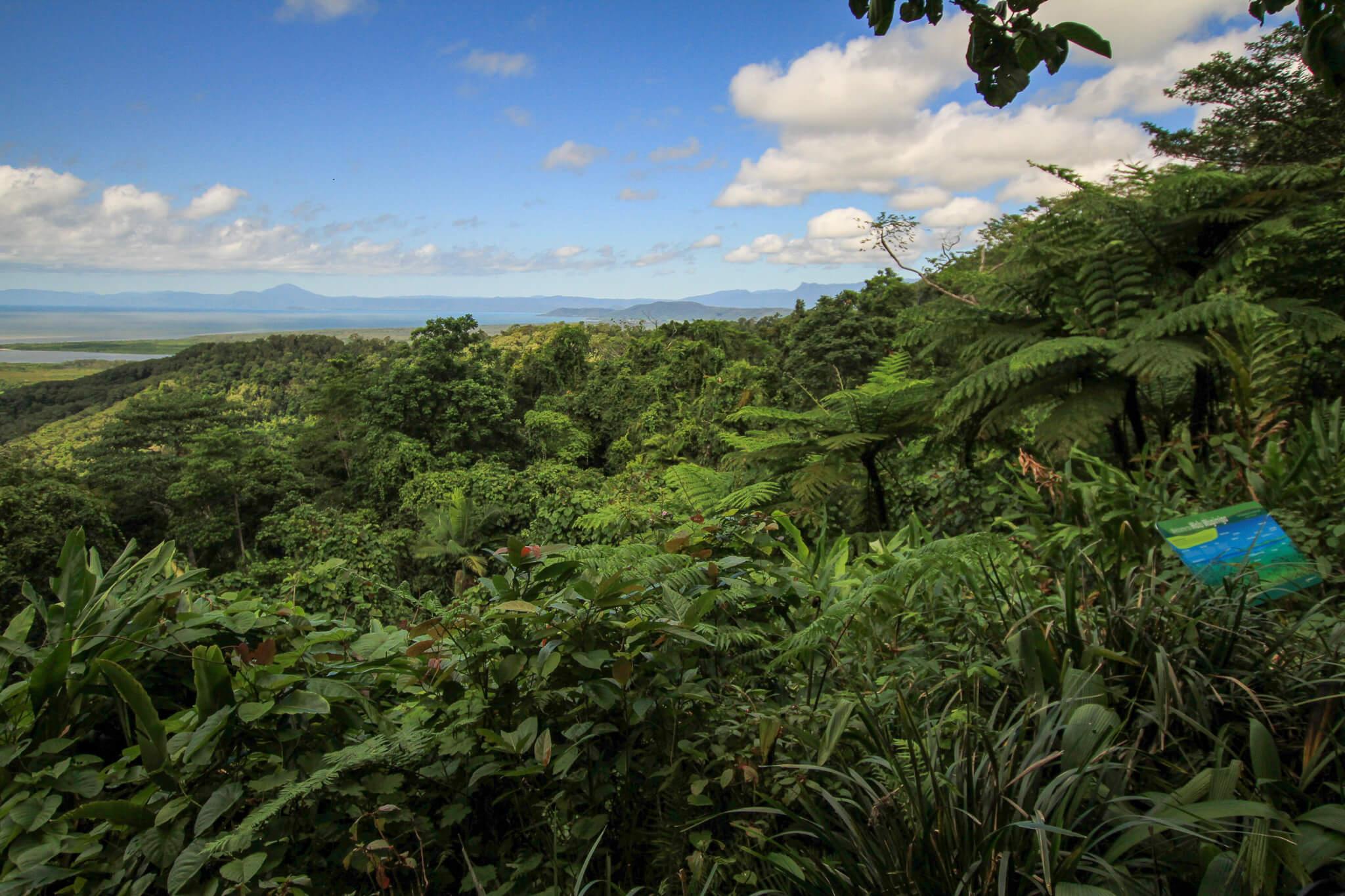 Some of the most productive aquifers in Far North Queensland consist of sedimentary rocks such as limestone, dolomite and sandstone and these contain naturally occurring minerals in varying concentrations that give our water its unique characteristics. Jurassic Water is bottled with a low carbon footprint and impressive credentials. These include a solar powered business premises, plant and machinery and hybrid delivery trucks reducing carbon emissions by 21%. For more info visit www.cairnsnaturalspringwater.com.au

Only a small number of dinosaurs have been discovered in Australia. Queensland’s Age of Dinosaurs spans three geological periods, the Triassic, Jurassic and Cretaceous Periods. The dinosaurs represented on our label include Wintonotitan, Qantassaurus, Muttaburrasaurus, Megalania, Diprotodon and Bullokornis. Its hard to imagine the Daintree Rainforest is older than some of the most famous dinosaurs on the planet. Estimated to be over 130 million years old, it is the oldest lowland tropical rainforest on the planet. The Daintree Rainforest is Australia’s very own green dinosaur, a time capsule reminiscent of when Australia was covered in lush tropical rainforest and dinosaurs ruled the earth.

The Wet Tropics and the Daintree Rainforest are nature’s greatest survivors; scientists tell us that when our mountain ranges formed over a hundred million years ago, they stood 4-5 kilometres high. This is where some of the enormous amount of rain that falls every year flows, accumulates and percolates through this amazing natural filter system of soils, sand, pebbles and rocks and collects in natural ground aquifers. To get a feel for the intensity of the rain, most of it falls in a four-month period between December and March Up with up to an incredible 11,000mm (11 meters) of rain falling on the Wet Tropics highest mountains.

If you have never experienced a tropical downpour, you do not know what you are missing. The energy it brings to the natural systems is like supercharging nature’s batteries, all living things respond in phenomenal ways. This life giving rain recharges the rivers, creeks and ground aquifers and signals the start of the breeding season for many animals and plants who have been waiting for the refreshing downpour. It is amazing to think the rain has been falling here for 130 million years, it is the very reason this ancient and relict rainforest still exists. Even when Australia was joined to other landmasses like Antarctica and South America, it was still raining here. Even when dinosaurs roamed the world, it was still raining here. 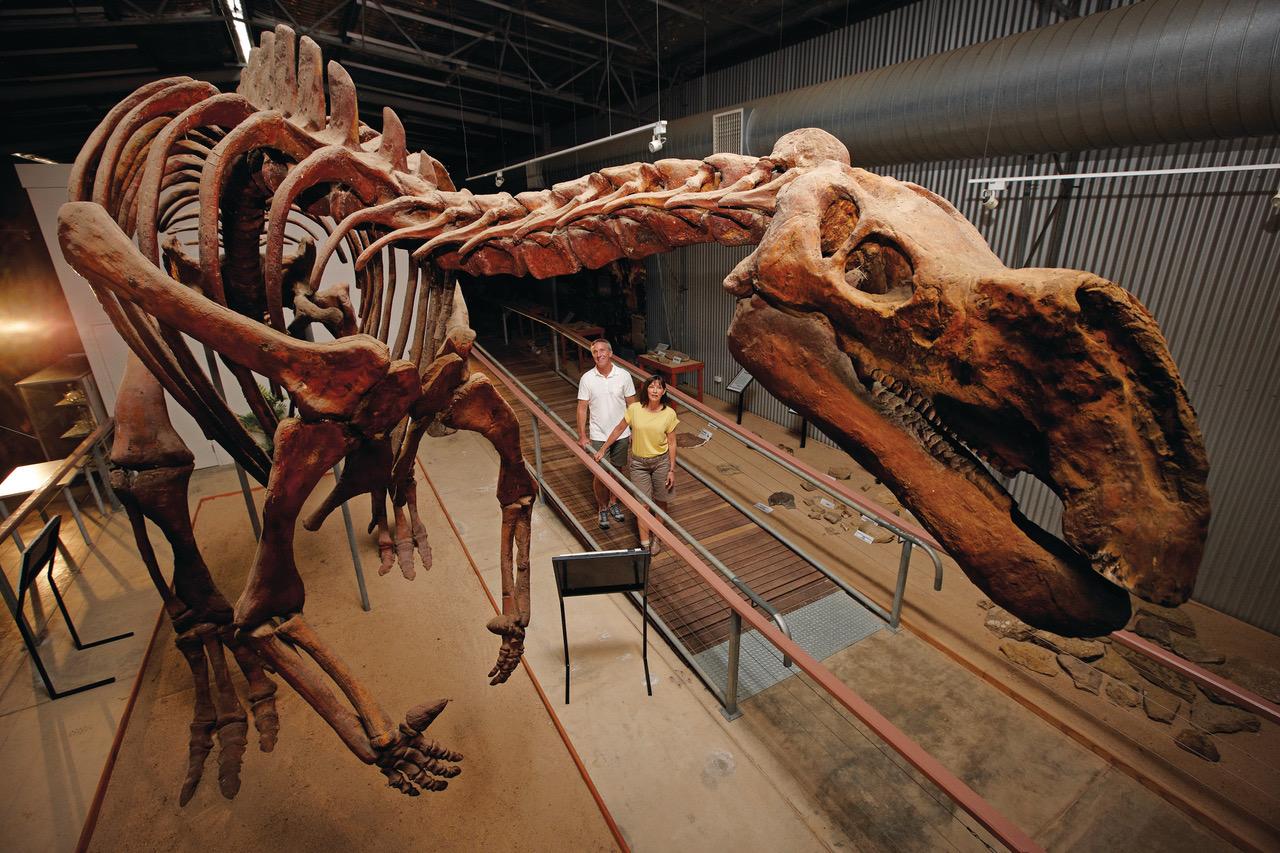 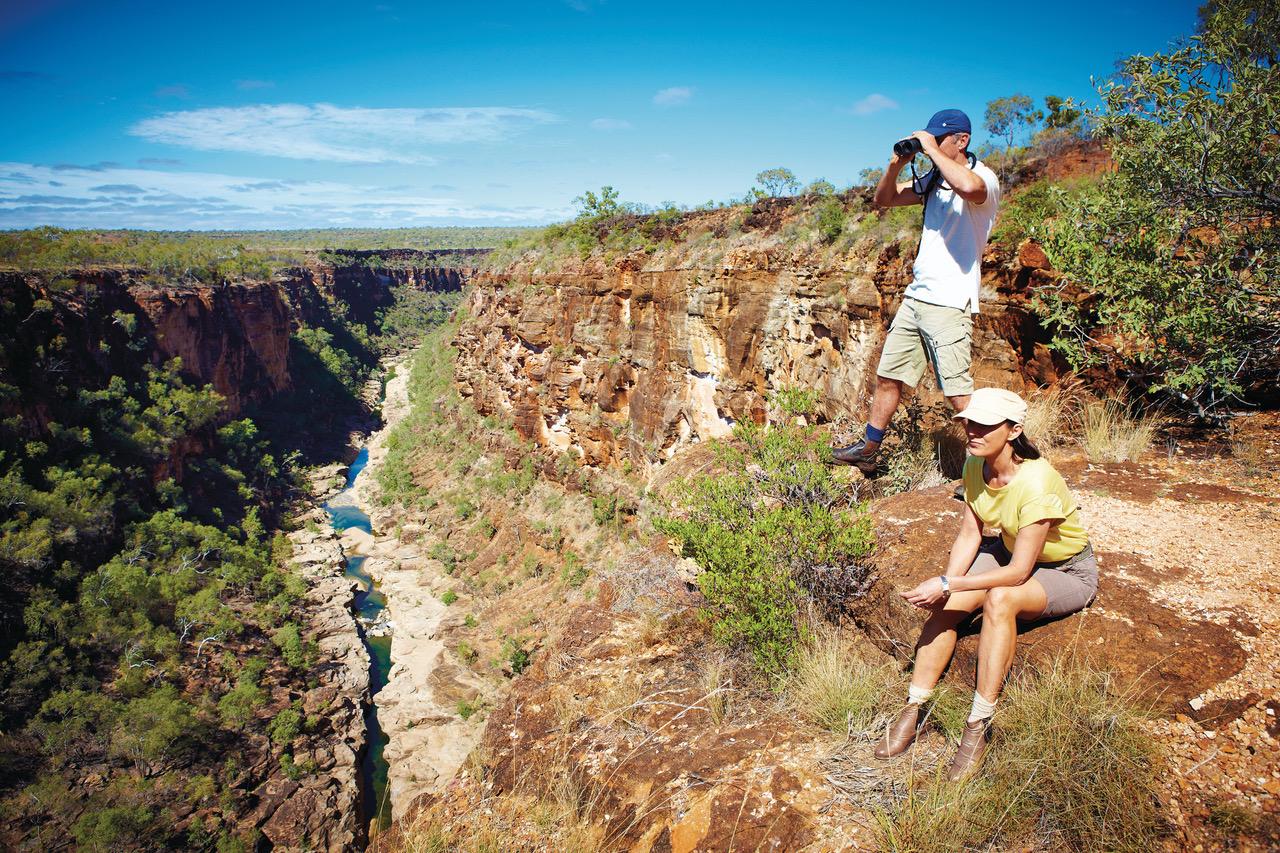 Follow in the footsteps of the prehistoric creatures that once roamed this ancient land. The Australian Dinosaur Trail encompasses the towns of Winton, Hughenden and Richmond which all have their own unique dinosaur stories to tell. A journey along Australia’s Dinosaur Trail offers visitors a range of unique experiences not available anywhere else in the world, let alone Australia.

In Winton visit Lark Quarry Dinosaur Trackways which is set in an amazing landscape of red earth, Spinifex and jump-up country. See the dinosaur footprints which inspired the dinosaur stampede in Stephen Spielberg’s movie ‘Jurassic Park’. Head to the Australian Age of Dinosaurs Museum to see the world’s largest collection of Australian Dinosaur fossils.

The Great Artesian Basin in Australia is the largest and deepest aquifer (artesian basin) in the world. The water is held in a sandstone layer laid down by continental erosion of higher ground during the Triassic, Jurassic, and Lower Cretaceous periods at the time when much of what is now Australia was below sea level. The sandstone was then covered by a layer of marine sedimentary rock. This formed a confining layer, trapping water in the sandstone aquifer. It stretches over 1,711,000 square kilometres (661,000 sq mi), which is 22% of the surface area of Australia. 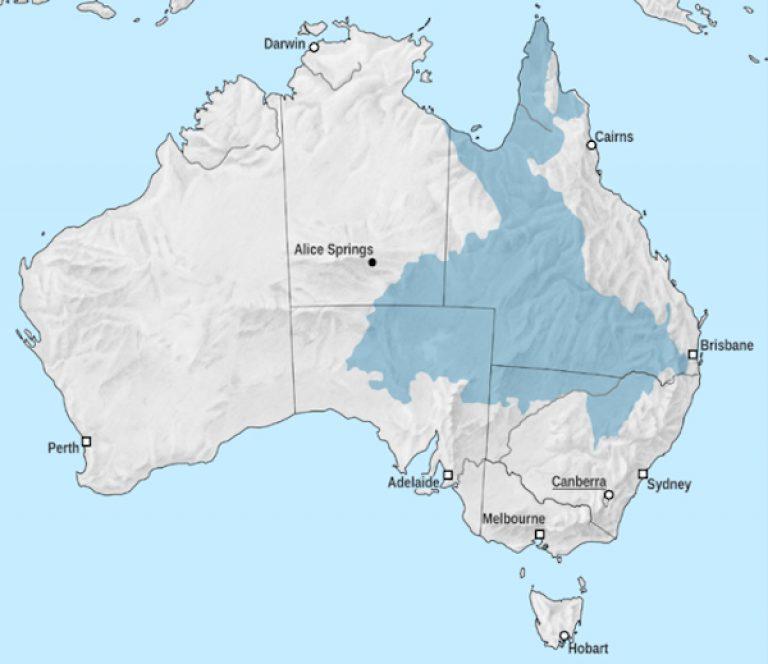